Touch of Gray: The Air Force Can’t Retire The Boeing 707

Enviado hace un año
The Boeing B-52 Stratofortress may have a lock on the title for oldest active-duty US military aircraft. But it only has two years on the Air Force's other senior citizen, an aircraft that will likely keep flying for as long as the B-52: the venerable Boeing 707. (arstechnica.com) Más...

Alan Brown hace un año 10
I'm not surprised. I was a crew member on the RC-135M during the Viet-Nam war, and they are 'W' models now. Still flying and doing the job.
Responder ↓•Permalink•Report

Bruce McDanel hace un año 8
We are getting too dependent on automated systems. The Army's field artillery school recently went to teaching manual fire control again due to events in the Ukraine, where Russian forces succeeded in disabling many digital systems including GPS used to control forces and deliver fire. All the integration of systems can breakdown and will with the disabling of one critical node. Our adversaries have figured this out and will no doubt succeed in breaking the interconnected systems and significantly reducing their effectiveness.

patrick baker hace un año 3
out to be quite a few 707 type aircraft at the various storage sites, so not so hard to find airframes to replace the current flying fleet....
Responder ↓•Permalink•Report

Robert Cowling hace un año 2
Up until a few years ago, the cyclotron at a major university was still using a DEC PDP 8/I to monitor the rings. 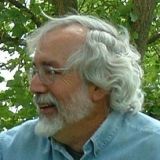 Roger Parish hace un año 2
The Enroute Centers were using IBM System 360 mainframes, specially modified for the job. Circa 1970's, I think. They may have been replaced by now, what with "NextGen".
Responder ↓•Permalink•Padre•Report

pn2865 hace un año 1
Didn't watch the video. Too many ads before it!
Responder ↓•Permalink•Report

moodman hace un año 1
Back in the 70's and 80's, navigation was dependent on LORAN stations (terrestrially based). They used a method of triangulation to determine your position on earth. Granted, when it works, GPS is great. But is is vulnerable to jamming. Also, in Wilmington NC is a WWII battleship. During Vietnam era, they replaced the original targeting system with state of the art (for the time) systems and determined that the WWII system was actually better than the Vietnam "modern" systems they were trying out. Many times, older systems, operated by skilled people can outperform the new stuff.
Responder ↓•Permalink•Report

ToddBaldwin3 hace un año 1
There's a good reason why we were restricted to internal Nav sources and Celestial only once we were drving in on combat run.
Responder ↓•Permalink•Padre•Report

LowOrbitTraveler01 hace un año 0
I agree with too much automation.

11 years here on the 707 from June 1966 to Dec 1977.
All three positions served from FE, FO and CA.
I remember one guy tell me to get the autopilot on as soon as I can.
Perhaps after DC-6, DC-7 and Electra the aircraft for some serious air travel.

I got a quick look during video at the FO position. The panel seemed like the same as 1966.

Many times when the glass cockpit came along was heard, "What is it doing now." The reply was always, "It is doing what you told it to do."

As FE on night flight, I went back to use the lav. It was occupied. It was a time smoking was permitted.
A small light was just above the cockpit door. I noticed wisps of cigarette smoke. Looking down the dim aisle there was a light layer of smoke on the ceiling. Returning to the cockpit I turned on all the bleeds and the two turbo compressors plus running up the cabin a couple thousand feet. You were not supposed to bleed all the engines plus use the TC and Bleed at the same time. I did it anyway and blew the smoke right out of the aircraft.

On later aircraft when the FA called with galley smoke now flying as CA I did the same shutting off recirc fans and running up the cabin.

The issue I had with the crash was cockpit fire was the result. Mocton (sp) was giving vectors to nearest field. Slow decent from cruise, check airman was CA going through checklists. Crew on O2. Still slow decent. ATC gives clearance to any landing. CA states checklist needs 20 min. Request to tump to center. Instead of emergency decent and no dump I would have landed overweight. Yes, perhaps gear overstress. But all alive instead of hundreds dead. Some of this stuff you have to think outside the box.

Not a lot a bells and whistles on the 707 but very reliable.