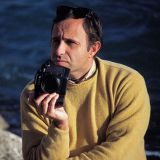 Joao Ponces hace 3 años 4
Why so many people hate success? It was the same with the L-1011 Tristar, it was the same with Concorde!
Any particular reason? No, only stupid nationalism!
The A380 is, for the passenger point of view, the BEST Aircraft ever built, the most comfortable, most silent, most spacious, and for a Pilot, and considering its size, the most manouvabre!
Jealousy only shows other many defects on a person. Such a pity!
Responder ↓•Permalink•Report

Colin Seftel hace 3 años 2
The A380 was ahead of its time, but given time and growth, today’s 350 seater big twins will become too small and there will be a need for a 600 seat aircraft.
Responder ↓•Permalink•Report

Rich Kaminski hace 3 años 5
Yes, and has no major events to report. Way to go Airbus. Keep up the great work.
Responder ↓•Permalink•Report

Torsten Hoff hace 3 años 3
There have been no crashes, but there has been two uncontained engine failures (Qantas Flight 32 and Air France Flight 66).
Responder ↓•Permalink•Padre•Report

Rich Kaminski hace 3 años 2
Yes there is Quanta's which On inspection it was found that a turbine disc in the aircraft's No. 2 Rolls-Royce Trent 900 engine (on the port side nearest the fuselage) had disintegrated. In addition to destruction of the engine, this caused damage to the nacelle, wing, fuel system, landing gear, flight controls, and the controls for engine No. 1, and a fire in the left inner wing fuel tank that self-extinguished.[1] The failure was determined to have been caused by the breaking of a stub oil pipe which had been manufactured improperly.

And of course you mentioned the Air France flight 66. On 30 September 2017, the aircraft suffered an uncontained engine failure and made an emergency landing at Goose Bay Airport, Canada at 15:42 GMT, or 12:42pm local time.[1] The failure occurred 150 kilometer (93 mi) southeast of Paamiut, Greenland,[2] while the aircraft was en route. The cause of the failure to the aircraft's No. 4 Engine Alliance GP7000 engine is still undetermined;[3] the airline says that it suffered "serious damage to one of its four engines."[4]

This was the second engine-related incident to occur on the Airbus A380, following the failure of a Rolls-Royce Trent 900 engine on Qantas Flight 32 in 2010.

I just want to point out that both aircraft had different engine's in them from different manufacturers. One was Rolls Royce and the other manufactured by Engine Alliance which is a joint venture effort by Pratt and Whitney and General Electric.

On 12 October, the American Federal Aviation Administration issued an Emergency Airworthiness Directive (EAD) affecting all Engine Alliance GP7270, GP7272 and GP7277 engines. The EAD requires a visual inspection of the fan hub within a timescale of two to eight weeks, depending on the number of cycles an engine has operated since new.[7]
Responder ↓•Permalink•Padre•Report

Greg77FA hace 3 años -2
That 1 engine failure for Quanta resulted in the financial loss of the plane - it was declared a loss. A very expensive loss!
Responder ↓•Permalink•Padre•Report

Rich Kaminski hace 3 años 4
On 22 June 2011 Qantas announced that it had agreed to a compensation of A$95 million (£62 million/US$100 million) from Rolls-Royce.[58] VH-OQA was repaired at an estimated cost of A$139 million (~US$145m). The aircraft has four new engines, a repaired left wing (including 6 km of wiring replaced), and had extensive on-ground testing and two test flights. It returned to Australia on 22 April, and was scheduled to return to service on 28 April 2012.[52] The repairs added 94 kilograms (207 lb) to the weight of the aircraft.[59]

Rich Kaminski hace 3 años 4
On a side note this is a 300 million dollar aircraft. I imagine they pay a hearty amount of money to insurance companies for just such an occurrence but there has never been a death related to a A380. Well maybe a dead engine or two but they are designed to fly on two engines anyway. The FAA made them go thru all these engines on like aircraft and some were pulled and replaced as a precaution. The issue was not with the aircraft itself it was with the engines installed in the aircraft. They are a remove and replace item. Hopefully they have it all squared away now. I like the A380. It is a lot of plane and lots of moving and stationary parts. The more things that move and the more parts a plane has the higher the chance of failure. When an aircraft has a failure you can not just pull over onto a cloud and look under the hood and kick the tires.
Responder ↓•Permalink•Padre•Report

John Watson hace 3 años 2
It might have been capable of being declared a hull loss but Qantas elected to repair it and it is still flying.
Responder ↓•Permalink•Padre•Report

Greg77FA hace 3 años -1
And maybe a shutdown in year 14 if more orders don't come in! It will be the shortest span for a newly developed airplane.
Responder ↓•Permalink•Report

Rich Kaminski hace 3 años 7
There are 331 firm orders by 18 customers for the passenger version of the Airbus A380-800, of which 223 have been delivered to 13 of those customers as of March 2018.[1] There were originally also 27 orders for the freighter version, the A380F, but when this program was frozen following production delays, 20 A380F orders were cancelled and the remaining 7 were converted to A380-800s.

British airways announced in January 2018 that they were looking into purchasing new A380's and Emirate air has agreed to buy 20 with 16 firm options I think so they still have a future for a couple more years at least.

Stephen Mandel hace 3 años 0
The Concord, although very beautiful, was just not a reliable aircraft. Very expensive to fly and maintain. The tri-star had a bad flying record. THe A380 is just too big. All those passengers , luggage and other cargo on each flight. I'll never fly in them. Not politics, just protecting my rear end.
Responder ↓•Permalink•Report