Enviado hace 8 años
After a five-year hiatus from manufacturing single-engine airplanes Mooney is pleased to announce that it will restart manufacturing at the beginning of January 2014 at its headquarters in Kerrville, TX. New funding from Soaring America Corporation, a California based Company will provide necessary capital to re-launch and sustain the legendary brand. (blog.aopa.org) Más... 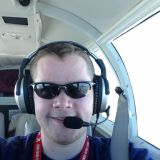 Andrew Stagg hace 8 años 2
Folks, there is a lot of misinformation going around about the Mooney buyout... I got this email directly from Stacey Ellis at Mooney. I hope this clears things up.

Hello Mooney Followers,
It is time for all of you to take a deep breath and listen to what I have to say about Mooney International, now that I am allowed to speak.
We have been working for months with Dr. Jerry Chen, President of Soaring America on a deal to provide funding to restart production of Mooney aircraft in Kerrville, TX. This last Friday, all of the necessary hurdles being jumped, Mooney Aviation Company became Mooney International Corporation, with a funding injection by Soaring America. Soaring America is a U.S owned company, with its home office located in the Los Angeles, Ca area.
If you were to meet Jerry, you would find a very intelligent, likable guy. I mean this guy is a full Professor of Aeronautics at UCLA, and he saw the potential in resurrecting one of the most advanced aircraft designs in the world, and growing on that for future Aerospace products. When Jerry first approached us, one of the first visions he presented to us was to maintain a high quality aircraft brand, made in the USA by American workers, sold worldwide including up and coming Emerging markets worldwide. Restarting Production of the Ovation and the Acclaim Type S is an expensive proposition, and Soaring America has the kind if financial backing to get this place up and running again. You, as Mooney owners can expect a serious improvement in parts flow and customer care in the coming months. An example would be the Elevator skins, which have not been available for years, are now shipping from the factory in Kerrville to needy customers everywhere. Why? Because Jerry spent $16,000 to replace the rubber press plate on our Large Hydro Press that had deteriorated beyond use several years ago. We are currently receiving bids to refurbish the factory, and are looking to hire upwards of 100 people in the coming year. This will allow us to start Production of new aircraft in early 2014, delivering later in the year.
Last week, an unfortunate, and inaccurate Press Release found its way onto some of the internet aviation websites. That subsequently lit up the chatlines with all manner of speculation and comment, including one commenter that was ready to sell his F Model because “he wasn’t going to put any Chinese Junk” on his airplane. Really??
Allow me to present some FACTS to you, that you may not be aware of:

- Mooney International Corporation is a U.S. Corporation. Want proof? Friday I transferred the Type Certificate 2A3 to Mooney International Corp. under the authority of FAA Order 8110.4C Paragraph 3-2(f)(2) which states: “Certificate Transfer to a Domestic Holder. When a TC holder transfers a TC within the U.S., the FAA must reissue the TC immediately. The TC holder submits the original TC to the ACO after completing the transfer endorsement on the reverse side of the TC. This changes the TC holder, and the effective date is the date of the TC holder’s signature…

- I personally do not care if another country makes “junk”, or not. I am Chief Engineer for Mooney International, and Mooney International makes aircraft and its parts, in Kerrville, Texas that conform to our Type Design. The people that are, and will be employed here are Americans that live in the Kerrville area. Always has been, always will be.
- Is the source of this financing originating in other countries? Probably. Let me remind you of another fact: Mooney, for more than the last decade, has been financed by (GASP!) European investors. So if the source of the financing that funds a U.S Company, building a U.S. product in the U.S built by U.S. workers bothers you, then maybe you should check out one of our competitors. Oh, wait! Most of them are owned by foreign companies! But not Mooney International. Oh, and by the way, Dr. Chen’s lineage is not Chinese, rather Taiwanese.

In closing, I hope I have been able to put these rumors to rest. If I were you, I would look for news releases that come from here. What is happening here in Kerrville is GREAT NEWS, and should be greeted as such.

joe johnson hace 8 años 1
That is nice to hear. Mooney's are wonderful aircraft. Cozy. But a real pleasure to fly. Somewhere Al and Art are smiling.
Responder ↓•Permalink•Report 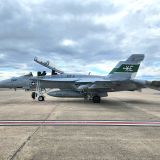 michadm1 hace 8 años 1
Is this good news, great news or is it we will wait and see what happens news for Mooney as a California based Company possibly gives much needed $$$$ to a once Great Aircraft Corporation. The Company is question, Soaring America Corporation has listed Cheng-Yuan Chen as its President and is its only employee and he is also listed as the only employee.
I am excited for Mooney and hope all the best to present and new employees but this move has all the appearances of the Chinese taking over an American Company. I give big time kudos to Mooney for sticking it out this long waiting for some much needed cash, unfortunately no AMERICAN Company came to their rescue.
Meanwhile we will wait for a new Mooney to grace the skies once again which will be beautiful.
Here is another article: http://www.aviationpros.com/news/11190319/mooney-mum-on-chinese-buyout-claims
Responder ↓•Permalink•Report

John Kiger hace 8 años 1
No mention of Chinese actually backing this. It appears this stayed in the U.S., good for them!
Responder ↓•Permalink•Report 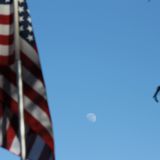 Mooney to go back in production

After five years of not a single plane leaving the plant in Kerrville, Texas, Mooney will restart manufacturing at the beginning of January 2014. Mooney was founded in 1929 and has delivered more than 11,000 aircraft around the globe.