Dubslow hace 9 años 0
Here's what the Chicago Department of Aviation had to say about it:

The first U.S. commercial flight to be powered with an algae-based fuel landed at O'Hare International Airport today, setting the stage for increased use of environmentally friendly fuels by the aviation industry. More than 150 passengers and six crew members were on board United Airlines Flight 1403 from Houston as it landed just before 1 p.m. CST in Chicago.

The flight, which used a blend of a biofuel derived from algae oil and traditional petroleum-derived jet fuel, was a significant milestone in Eco-Skies, United's ongoing sustainability program. The aircraft that landed at O'Hare featured United's EcoSkies logo, as did the vehicles servicing the flight after it arrived at Gate B2.


United Flight 1403 landed at O'Hare and was the first U.S. commercial flight to use the advanced biofuel derived from algae oil.
"On behalf of Mayor Rahm Emanuel and the City of Chicago, we congratulate United on its leadership and the first customer revenue biofuels flight, which landed at O'Hare today," said Karen Weigert, Chief Sustainability Officer for Chicago. "United is demonstrating that renewable technologies can deliver strong business outcomes while reducing environmental impact. This sort of boldness and innovation will continue to help preserve and protect our environment, while advancing Chicago's business community's leadership on the world stage."


"We are thrilled at United's leadership in sustainable efforts in the aviation industry and for making today's flight possible," said Rosemarie S. Andolino, Commissioner of the Chicago Department of Aviation (CDA). "The CDA is deeply committed to incorporating sustainability practices throughout our airport operations, from green roofs on airport structures to composting in the terminals to recycling construction materials on the airfield, as well as working with our industry partners on sustainability practices. We applaud United for its historic and successful endeavor today."

The advanced biofuel has been determined to be cleaner than traditional jet fuel and its use requires no modifications to factory standard engines or aircraft, nor does it alter the flying experience for the crew or the passengers. United also announced that it has signed a letter of intent with Solazyme, a California-based renewable oil and bioproducts company, to purchase 20 million gallons of jet fuel that would be 100 percent made from algae oil for delivery as early as 2014.

"United is taking a significant step forward to advance the use of environmentally responsible and cost-efficient alternative fuels," said Pete McDonald, United's Executive Vice President and Chief Operations Officer. "Sustainable biofuels, produced on a large scale at an economically viable price, can one day play a meaningful role in powering everyone's trip on an airline.
Responder ↓•Permalink•Report

canuck44 hace 9 años 0
This actually has far more relevance to international politics than it does to the environment. As we continue to see more honest data that disproves any link between atmospheric carbon dioxide and temperature which continues to drop, expect to see more emphasis on other aspects as to why we need to keep these industries going (there are multiple sources of raw material to "fuel" the processes). From the political point of view, it does give some relief from the tyranny of OPEC and high prices but still requires taxpayer subsidies. Drilling would be cheaper as is natural gas and nuclear.

I predict the next issue will be the use of land to grow Camelina and other non-food oil crops as the population heads to eight billion and food prices soar like corn did when alcohol began to be used for fuel. 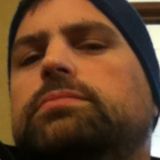 Jason Rhew hace 9 años 0
@john- I myself wouldn't mind seeing corn used only as a source of bio-fuel. It has destroyed the American diet, it's an underlying cause for obesity, diabetes and hypertension.
Corn is found in 99% of all post consumer goods (not limited to just food).
Responder ↓•Permalink•Padre•Report

canuck44 hace 9 años 0
I have to partially disagree with you as one who is forced to operate on kids who are the same height standing up and laying down.

Corn as a source of protein is not a problem. The corn based syrups I would agree foster obesity, particularly when used in sweetened drinks. Sugar production we continue to subsidize as well even though there are no shortages.

It boils down to the lack of standards for parenting (which we subsidize as well) to be a parent (or a politician) is the principal driver of the epidemic. The total lack of any cultural or intellectual requirements or need for self reliance is seen daily in my practice with TVs babysitting children raised by a grandparent.

Essentially if you exercise your copulation reflex you can be a parent...on the other hand if you are a politician, you can screw all of us.
Responder ↓•Permalink•Padre•Report