Enviado hace un mes
Fauci's comments helped spark a 2% rally on Wall Street on Monday, and airlines are rallying well ahead of market averages. The airlines are healthy enough to survive all but a nightmare scenario where we return to early COVID-related lockdowns and travel restrictions, and Fauci's comments are an indication that, at least at this point, we do not appear to be heading in that direction. (www.fool.com) Más...

Michael Yentzer hace un mes 6
Is there any trusted data on pandemic spread while riding or traveling on commercial Airlines?? At present the CDC data is questionable at best. Everyone forgets or does not know that Covid 19/20/21 are in the same family of viruses as the Common Cold, so we need to learn to live with it as it mutates and re-infects the world annually. Maybe the Airlines should issue Hydroxychloroquine to every passenger, which we know is cheap and effective in both prevention and treatment. It beginning to look like the Vaccines are not affect as anti-spreaders, see the most recent Cruise line infection of passengers who all were vaccinated before getting on board.
Responder ↓•Permalink•Report

Fred B Rillo hace un mes 1
We have new leadership in the CDC today. The Era of incompetence and lies is over.
Responder ↓•Permalink•Padre•Report 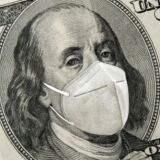 John Nooge hace un mes 1
The Trump Era of incompetence and lies is over.

Due to the severity of the condition you are in I know you need more ...and thqt is coming

Some can never be saved ...Jonestown is an example
Responder ↓•Permalink•Padre•Report

John Nooge hace un mes 0
What ? Markists and not Nazis ?

William Hartmann, one of two Republican election officials from Michigan who initially refused to certify the results of the 2020 presidential election in Wayne County, where Joe Biden had trounced Donald Trump, died Nov. 30 at a hospital in Wyandotte, Michigan, near Detroit. He was 63.

About two weeks before Hartmann’s death, which was confirmed by the Michigan Republican Party, his sister, Elizabeth Hartmann, wrote on Facebook that he was “in ICU with COVID pneumonia and currently on a ventilator.” Hartmann had been outspoken in his opposition to coronavirus vaccines.

On his Facebook page, he indicated a long involvement with the Republican Party. He listed his alias as “Taxed Enough Already” and called himself an “international man of mystery.”

As the Times reported during the election dispute, Hartmann had filled his Facebook page with false allegations and conspiracy theories that the 2020 results had been manipulated against Trump. He said that he was harassed after the Nov. 17 episode, that law enforcement officers had to escort him away from his home to safety, and that he did not emerge for a week.

Hartmann made it clear on his own social media accounts that he did not believe in COVID vaccines. He suggested that vaccine passports, showing proof of vaccination, were something out of Nazi Germany.
Responder ↓•Permalink•Padre•Report

John Nooge hace un mes -3
Speaking of clowns... ByeDons CDC has an effective mitigation strategy which is to Ban The COVIDIOT and Commander in Cheat as he is a super spreader of COVID

The good thing is he infected Meadows, Miller ,Christy , Barrett , Hicks and Conway thats the good news !! but he infected 500 other people including Gold Star Families as he refused to wear a mask after testing positive

Look in the mirror
Responder ↓•Permalink•Padre•Report